- User's example
Helium gas is typically used as the carrier gas for GC/MS. However, in recent years, the supply of helium gas has at times been insufficient and the price has increased. As a result, the use of hydrogen gas (H2) as an alternative gas has progressed. Compared with helium gas, hydrogen gas has a lower cost and can reduce analysis times.
In addition, using a hydrogen gas generator can further reduce running costs and allow analysis in laboratories where installation of a gas cylinder is difficult. Also, hydrogen gas can be safely operated.

Shimadzu Gas Chromatograph Mass Spectrometers (GCMS) support the use of hydrogen as the carrier gas. In addition, by using the Method Translator (Restek), the methods that have been developed and used with helium can be simply converted into methods for hydrogen carrier gas. 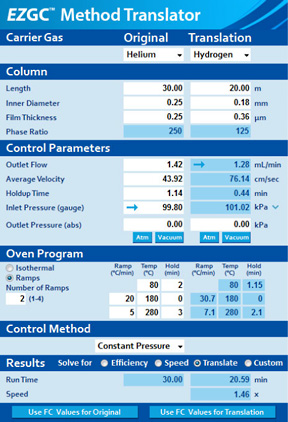 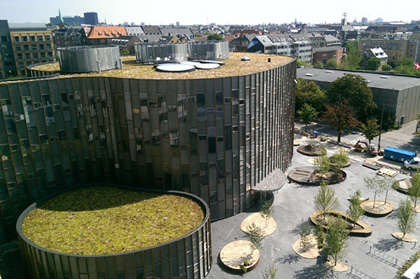